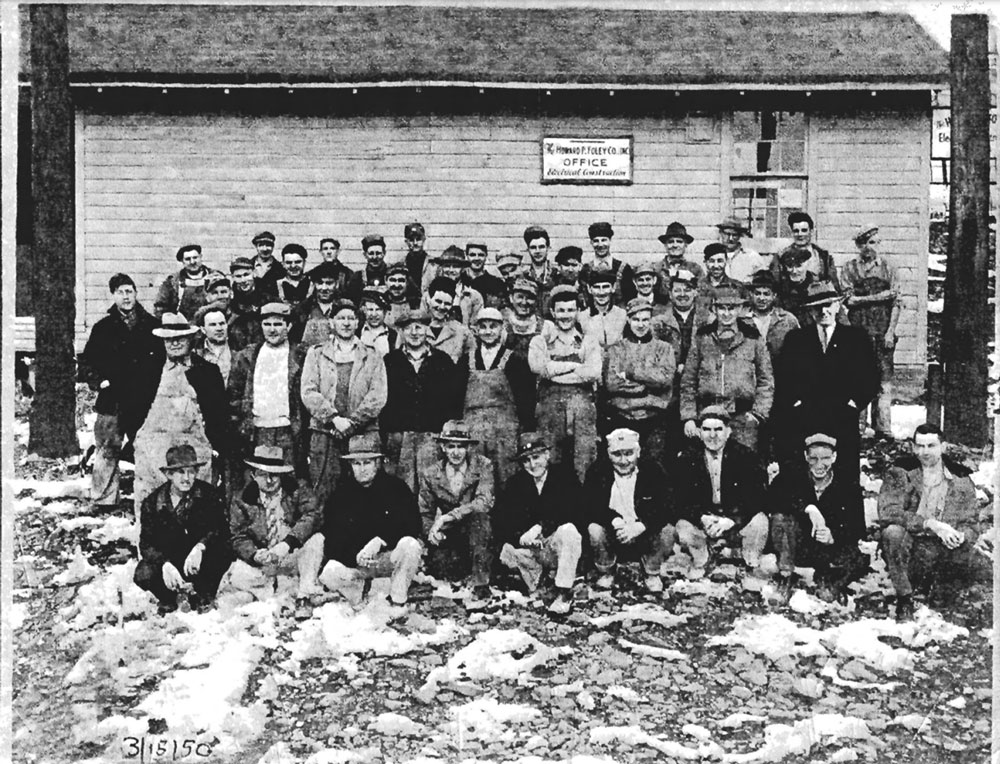 Founded on Nov. 28, 1891, the International Brotherhood of Electrical Workers (IBEW) is the oldest and most extensive electrical union in the world, existing as long as the commercial use of electricity. From the beginning, workers realized the importance — and danger — of electricity. As the industry grew, electricians began to organize themselves and set the stage for increased safety measures, fair pay and a better standard of living. 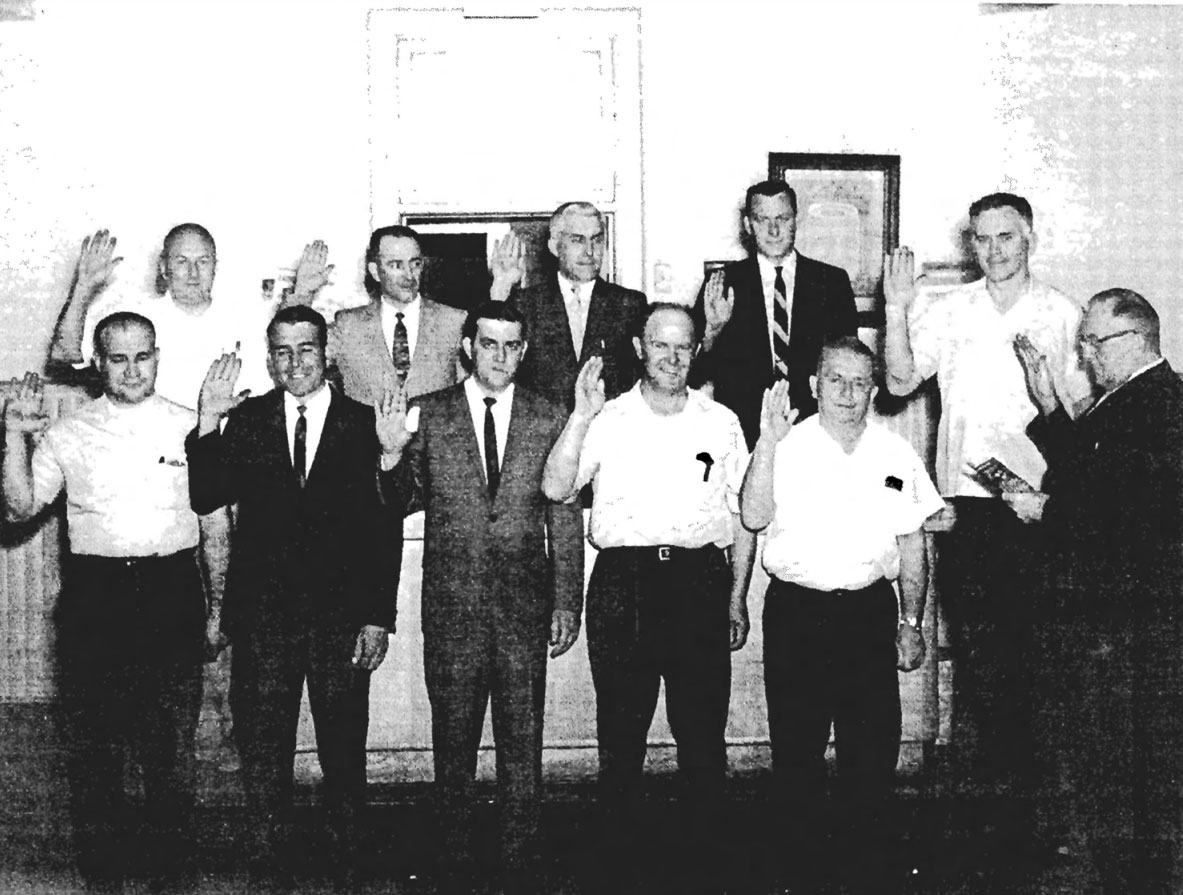 Recording Secretary W.F. Barber was only 19 years old at the time of Local 52’s founding and he later became a charter member of Local 163, where he served as one of the Local’s first Press Secretaries and as a Business Agent. B.M. Lewis may be Benny Lewis, who was a lineman working for the telephone company. In October 1902, we received his traveling card. Local 52 survived for just under five months and by Nov. 20, 1893, it was declared defunct.

The Need for Organized Labor

The demise of Local 52 likely started with the financial panic and the crash of the New York Stock Exchange on May 5, 1983. As the year progressed, thousands of businesses failed, as factories closed their doors and as many as 4 million workers became unemployed. By the end of 1893, the U.S. was engulfed in its worst depression up to that time. Within the next two years, the IBEW saw 29 Locals go under, as during this period, employers took advantage of the depression to lower wages and dismiss union workers.

During the second half of the 1800s, the U.S. was transformed from an agricultural economy to an industrial nation – and it occurred at the expense of workers.

Corporations discouraged workers from joining unions and formed associations who compiled black lists of certain workers deemed undesirable for a variety of reasons such as a worker was a labor organizer or because a worker belonged to a union. The black list was circulated throughout an entire industry and eventually all over the country. No man whose name appeared on such a black list could get a job.

Many employers also required workers who applied for a job to sign a written agreement not to join a union. The workers called these agreements yellow-dog contracts. A worker who violated such a contract promptly lost their job.

Throughout the nation, workers slowly began to realize their working conditions and pay needed to improve.

In 1879, Thomas Edison invented the first successful incandescent lamp and on October 23, 1886, incandescent lighting was used for the first time by the city of Wilkes-Barre.

By 1900, there were no income taxes, no vitamins, no penicillin and women could vote in only four states. Boy Scouts and 4-H clubs did not exist – neither did motion pictures, radios, televisions or airplanes. Automobiles were still curiosities and often referred to as horseless carriages.

Furthermore, there was no IBEW Local in the city of Wilkes-Barre. There was, however, an ever-increasing demand for workmen with the necessary skills to perform the tasks involved in the installation of telephone, telegraph, trolley lines and street lighting. Industry and commercial establishments were putting electricity to work, and the more affluent homeowners were replacing the oil lamp and gas light with the “magical servant” for the purpose of illumination.

It was evident the industry would continue to expand and, in turn, provide additional employment opportunities.

The founding of Local 163

In 1901, electrical workers, predominantly linemen, realized the need to organize and form a union. On Jan. 12, 1901, the first meeting was held at the Labor Exchange in the Weitzenkorn Building on Public Square in room 15, where many other trade unions were formed. Louis E. Burkert of East End, who was an organizer with the American Federation of Labor (AFL) guided these men and presented them with a letter dated Jan. 30, 1901. The letter stated,”This is to certify that Louis Burkert is hereby duly authorized and legally commissioned to act as Deputy Organizer for the city of Wilkes-Barre … with power and authority to found and install Local Unions, in accordance with the laws of the lBEW, given under our hands and seal.” It was signed by T.H. Wheeler, Grand President, and H.W. Sherman, Grand Secretary. On Feb. 1, 1901, the Labor’s Realm section of the W-B Daily News front page stated the authorized organizer of the IBEW was in town and would call on all electric workers. Three weeks later, the W-B Times Evening News reported 25 men who were employed as electrical workers met at Donnelly’s Hall on Feb. 5 and formed a temporary organization, with temporary officers were elected and they requested a charter. Another account, the W-B Record reported 17 members enrolled. On Feb. 12, Lewis E. Burkert, Deputy Organizer, called another meeting and the initiation fee was still $1. The W-B Daily News reported that on Feb. 18, the charter had arrived, which proved the charter was predated for the Feb. 19 meeting. On Feb. 19,1901, the meeting occurred and Local 163 was officially chartered. The initiation fee was increased to $2 and official officers were elected for a term to last until June’s election and six months thereafter. The charter remained open for 30 days with a $3 initiation fee. Once the charter closed, the initiation fee jumped to $10. The Local later had an organizing drive that reopened the charter with a lower initiation fee. The format in the 1901 Constitution states, “…a Charter member is one who is organized under the $1 initiation fee.” Local 163 received, free of cost, the charter which still hangs in our Union Hall today. There are also two rituals — and as many Constitutions, membership cards and working cards as there are members. The March 1901 issue of the Electrical Workers Journal showed that Local 163 accepted $38 in initiation fees and $9.50 for additional supplies for the month of February.

When the Local received its charter, it was a mixed Local consisting of linemen, wiremen, dynamo tenders, trimmers and metermen. By 1904, the Local was listed in a directory information of the Electrical Worker as a lineman Local. By the mid-teens, Local 163 was again listed as a mixed Local. In 1935, the Wagner National Labor Act was passed, which gave government protection to union organizers and the organized. The Wagner National Labor Act led to a rapid increase in union membership and made it possible for IBEW locals to organize utility companies and manufacturing plants in a way never before possible, as type “B” membership was created to allow the unorganized to join at a lower admission fee and pay a lower per capita. In an attempt to organize the linemen and other employees of the public service electrical companies, Local 163 voted on Jan. 11, 1938 to become a mixed B-Class Local. The charter shows an amendment date of Jan. 31, 1939. Anthony “‘Love” Lynch was instrumental in this move. The B Classification lasted until 1947, and on Aug. 10, 1949, the charter was amended for the last time to cover “A” members, and trade classification was changed from mixed to Inside Wiremen.