The below links and resources were compiled to offer Local 163 members access to important information and resources.

American Federation of Labor and Congress of Industrial Organizations (AFL-CIO)

The American Federation of Labor and Congress of Industrial Organizations (AFL-CIO) works tirelessly to improve the lives of working people. They are the democratic, voluntary federation of 57 national and international labor unions who represent 12.5 million working men and women.
The AFL-CIO strives to ensure all working people are treated fairly, with decent paychecks and benefits, safe jobs, dignity and equal opportunities. They help people acquire valuable skills and job-readiness for the 21st century economy. In fact, they operate the largest training network outside the U.S. military. Their work is anchored in making sure everyone who works for a living has family-supporting wages and benefits and the ability to retire with dignity. They advance legislation to create good jobs by investing tax dollars in schools, roads, bridges, ports and airports, and improving the lives of workers through education, job training and a livable minimum wage. The AFL-CIO also advocates for strengthening Social Security and private pensions, ensuring fair tax policies and making high-quality, affordable health care available to all. They fight for keeping good jobs at home by reforming trade rules, reindustrializing the U.S. economy and providing worker protections in the global economy. They also stand firm in holding corporations accountable for their actions. The AFL-CIO helps make safe, equitable workplaces and gives working people a collective voice to address workplace injustices without the fear of retaliation. They fight for social and economic justice and strive to vanquish oppression in all forms.

The electrical training ALLIANCE (previously called NJATC) was created over 70 years ago as a joint training program between the National Electrical Contractors Association (NECA) and the International Brotherhood of Electrical Workers (IBEW) aimed at training the best electrical workers the industry has to offer.

Today, the electrical training ALLIANCE has developed into the largest apprenticeship and training program of its kind, having trained over 350,000 apprentices to journeyman status through local affiliate programs.

The IBEW/NECA Electronic Reciprocal Transfer System (ERTS) was designed to primarily assist IBEW members in requesting the transfer of pension and health and welfare money (contributions) back to their home funds, no matter where they may  work.

The IBEW represents approximately 775,000 active members and retirees who work in a wide variety of fields, including utilities, construction, telecommunications, broadcasting, manufacturing, railroads and government. The IBEW has members in both the U.S. and Canada and stands out among the American unions in the AFL-CIO because it is among the largest and has members in so many skilled occupations.

As union members, we bargain collectively with our employers over wages, benefits, and rights.

Most of us have very limited bargaining power as one person, but as a group, we are strong. And, with a good negotiated contract, we have legal protections we would not have otherwise.

NECA is the voice of the $171 billion electrical construction industry that brings power, light and communication technology to buildings and communities across the U.S.

NECA contractors are the technical professionals responsible for the most innovative and safest electrical construction in the U.S.

The National Electrical Contractors Association is an association of more than 4,000 electrical contractors in the U.S. 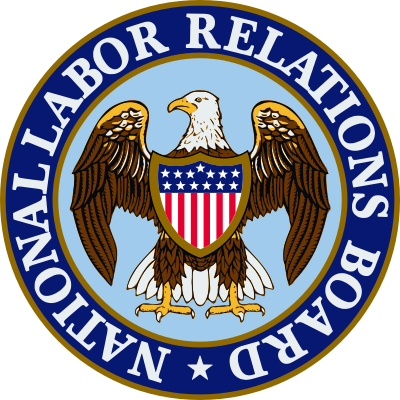 The National Labor Relations Board (NLRB) is a team of professionals who work to assure fair labor practices and workplace democracy nationwide. Since its creation by Congress in 1935, this small, highly respected, independent federal agency has made a daily impact on the way America’s companies, industries and unions conduct business.

OSHA and its state partners have approximately 2,100 inspectors, plus complaint discrimination investigators, engineers, physicians, educators, standards writers and other technical and support personnel spread over more than 200 offices throughout the country. This staff establishes protective standards, enforces those standards and reaches out to employers and employees through technical assistance and consultation programs.

The goal of the DOL is to foster, promote and develop the welfare of the wage earners, job seekers and retirees in the U.S. They also seek to improve working conditions, advance opportunities for profitable employment and assure work-related benefits and rights.